In this edition, our account manager Basilio “buzz” Lopez shares his experience as a budding 13-year-old meteorologist recording the lowest temperatures to hit the Chicagoland region in more than 100 years.

Growing up in the Chicagoland area, subzero temperatures and snowbanks of 2’ to 3’ were common. That’s not to discount the occasional blast of arctic wind or infrequent Midwest blizzard, but it seems as if in each passing season these events become less and less likely – and more memorable. In fact, it was not the blizzards of the late 70s that turned me into a budding meteorologist; it was the frigid forecasts I saw on TV in 1982.

I was an 8th grade student returning to school after holiday vacation. The weathermen and the meteorologists (yes, in those days there was a distinction!) were abuzz about the arctic blast set to blanket the heart of the country. For Chicago, the coldest temperature recorded at that time was a mind-numbing -23 degrees F, set Dec. 24, 1872. Projections had temperatures dropping to near all-time record lows on Jan. 9-10, 1982, with perhaps another cold blast in a week’s time. Factoring in the winds, skin would freeze in a matter of minutes, and windchills were expected to be lower than -70!

As the weekend approached, no one wanted to walk Buster, our black lab mix. Granted, I did not want to subject him to that kind of punishment either, but I figured a quick step outside so I could at least say that I’d experienced this polar air in the suburbs of Chicago would not be too brutal. I wanted to record this for posterity, so I grabbed a notebook and made a simple ledger with columns for the high and low temperatures, forecast, and record high and low data for the date. I also left space for notes. My intention was to see how this would pan out for the next week or two, comparing the forecasts and the actual temperature and conditions – more of a meteorological record than a prognostic one.

When I stepped outside that bright, frigid Sunday morning, I had no idea what to expect besides cold. The air rushing through my nostrils into my lungs really did hurt. I let Buster do his business and quickly let him back in for fear of his paws being affected by the cold and snow. It was all I could do to stay out for a couple more minutes before racing back in with tears frozen on my cheeks.

My two brothers and sister wanted nothing to do with heading outside, and my parents were also smarter than that – but they did listen and appreciate my excitement and enthusiasm about this rare and significant occurrence. They sat as I watched the evening weather segment with my notebook and pencil ready to record the day’s data: a new all-time low of -26 degrees F at O’Hare, with a windchill of -82 degrees F (using an old formula that is since outdated).

What amazed me was that it had taken 110 years for temperatures to get below that Christmas Eve temperature in 1872. As the segment wrapped up, my favorite meteorologist said it was possible it could be just as cold the following weekend. And sure enough, on Jan. 16, the mercury dropped all the way to -25 degrees F; the morning of the Jan. 17 was still at -23 degrees F. Mind you, the highs never made it above zero either.

And the following weekend was yet another frigid one, but only in the teens below zero. How do I know? Well, my notebook did not stop tracking after that first week. It did not even stop after that January. I continued tracking the weather with increased detail and data for the next 4 ½ years until I went off to school at Purdue, where I earned my degree in earth and atmospheric sciences.

And even that did not stop me from tuning in remotely to check in on the weather conditions back home and see when the next heat wave was going to break, or which arctic blast would dare break the record cold that Buster and I survived. For the record, it was Jan. 20, 1985 – you can check my notebook.

Basilio “buzz” Lopez is a meteorologist and account manager at Athenium Analytics. He earned his B.S. in atmospheric sciences from Purdue University. He provided forecasts for the futures and commodities markets before moving into the world of broadcast meteorology. He has worked in various markets, including Dallas and Boston, and has been a contributor to networks such as The Weather Channel, CNN, FNC and Bloomberg covering weather events from blizzards to hurricanes. He offers our clients daily support across our product suite and monitors usage trends and viability of product features. On the side, he and his partner build wood furnishings for homes, gardens and pets, including their 5-year old King Charles Cavalier, who is not spoiled – much.

Your underwriting and claims teams also get accurate forecast information including our 90+ member super ensemble model of tropical storm and hurricane path and intensity – overlaid with your policy locations, plus the ability to optimize your resource allocation and disaster response.

To claim your free demo of Beacon, contact our expert sales staff today. 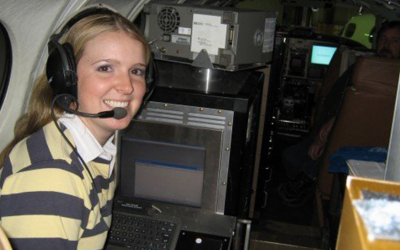