Last month, Tropical Storm Cristobal made landfall along the United States Gulf Coast, and we released a blog post about the storm detailing the importance of capturing the asymmetrical nature of hurricane wind fields. Now, as Tropical Storm Fay prepares to impact the northeastern United States, the asymmetrical nature of its wind field are again apparent in our BeaconHurricane proprietary wind forecast. Two different storms, two different locations, but both exhibit the same pattern. Why does this asymmetric pattern appear so consistently in these types of storms?

The answer can be summarized by one concept: relative velocity. A simple example of this concept in action is two people walking in an airport, but one is using a moving sidewalk. Assuming the two people are walking at the same speed, the person on the moving sidewalk overtakes the other with ease. Why? The moving sidewalk is operating in the same direction, so its speed is added to the person walking on it, making them faster in comparison.

Now apply this idea to a hurricane. Assuming it is moving directly north in the northern hemisphere, the stronger winds will be located on the eastern side, while the weaker winds will be on the western side. Why? As a hurricane spins counterclockwise, its winds turn northward on the east side and southward on the west side. Just like the moving sidewalk, the northward storm motion impacts those winds and creates an additive effect to the east and a subtractive effect to the west. These opposing effects result the asymmetric wind field we see in both Cristobal and Fay.

In addition to this relative velocity effect, for Fay there is also an impact of winds over land versus winds over the ocean. In general, land creates greater friction for winds than open ocean because it has greater variation in elevation, vegetation and human-built structures. Since Fay is impacting the eastern United States, its already weaker left side is weakened further as it passes over the coast, enhancing the asymmetry of the wind field.

Understanding and recognizing the asymmetries of a hurricane wind field is crucial in identifying areas with the greatest risk. Our BeaconHurricane forecast is designed to capture these asymmetries and provide better understanding of how your book of business will be impacted. 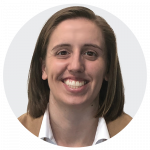 Amanda Walker is a technical meteorologist at Athenium Analytics; she works with a wide variety of meteorology projects, but specializes in hurricane-related work, especially for BeaconHurricane. She was born and raised in Houston, Texas, and holds two degrees in meteorology: her bachelor’s from Texas A&M University and her master’s from Pennsylvania State University. Her main areas of interest are tropical cyclones and communication, both influenced by her experience with Hurricane Ike in 2008. She spends her free time practicing karate and playing Dungeons & Dragons. 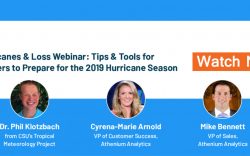 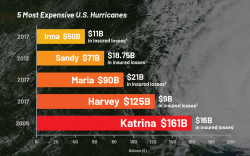 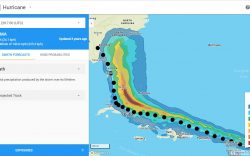 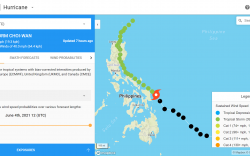